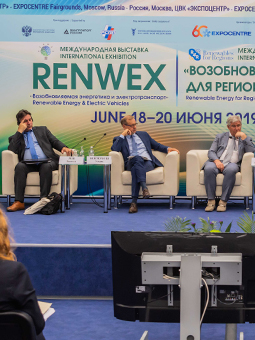 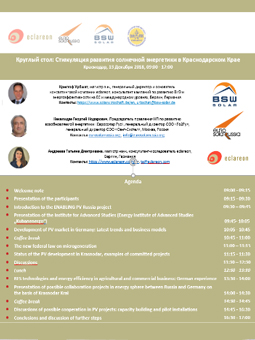 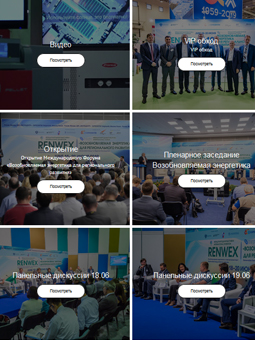 The international forum "Renewable energy for regional development" brings together Russian and foreign market participants, representatives of relevant ministries and departments, regional and local administrations, the scientific community and financial organizations developing projects in the field of renewable energy. 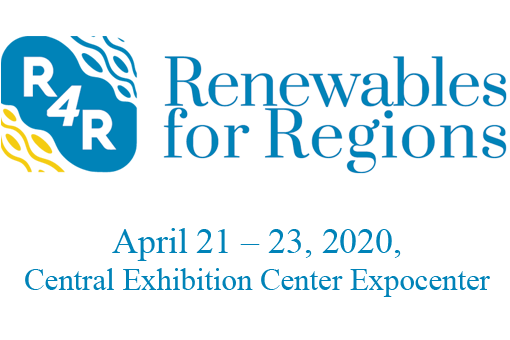 Registration for the 2nd International Forum 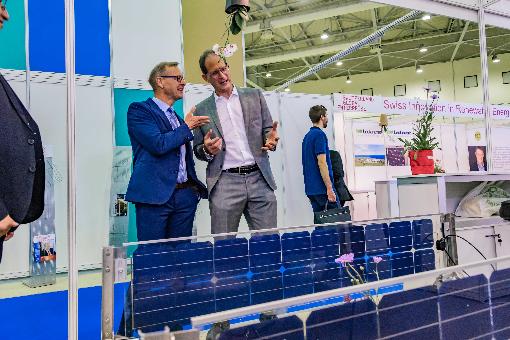 A solar station on the roof of school 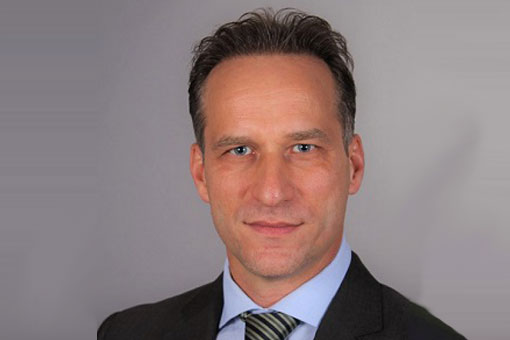 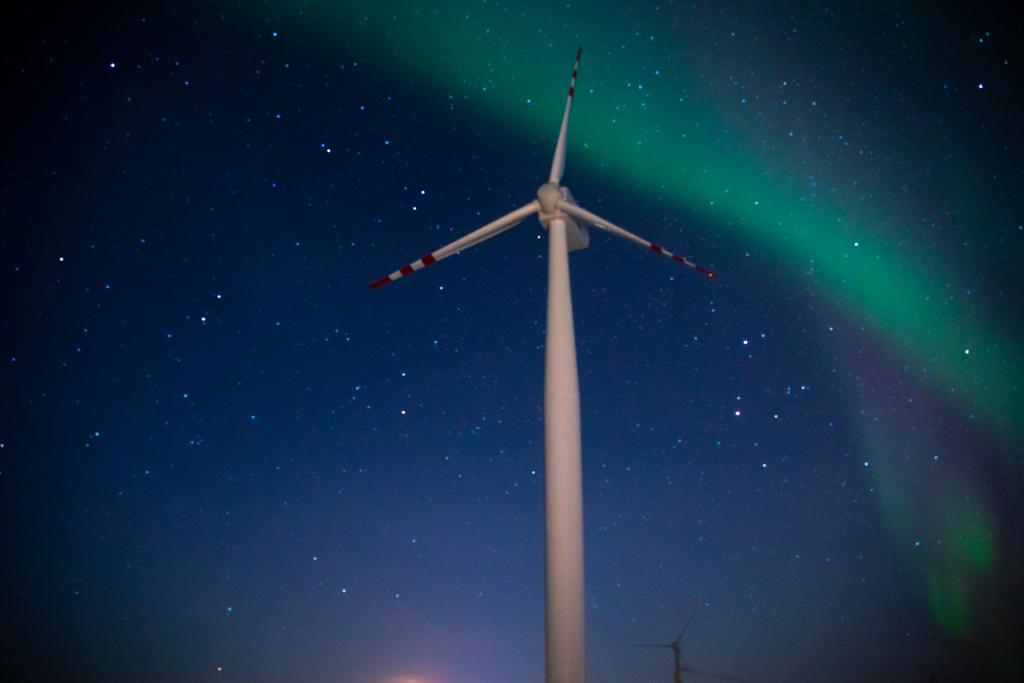 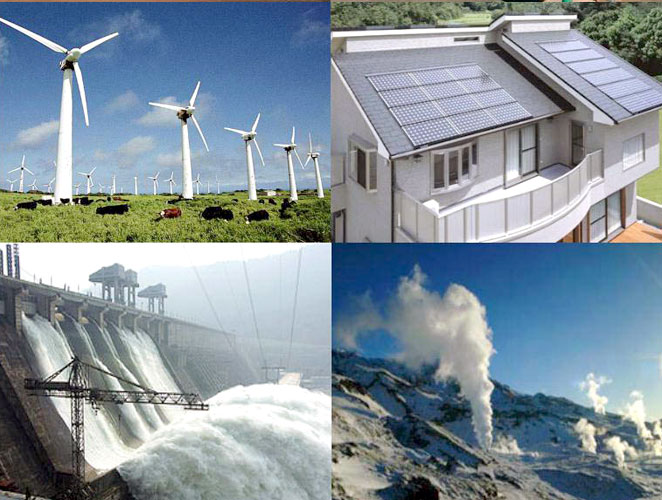 Today, the retail market of renewable energy in Russia starts to grow rapidly. To the previously implemented projects in isolated energy regions of the Far East new projects in other regions of the country are being added. A system of support for energy supply projects for consumers on the basis of RES, at the regional level and in terms of the development of microgeneration, is being formed. The potential for further development of RES projects in retail markets, including remote and isolated areas, is obvious.

The forum will allow market participants to establish new business contacts, exchange of experience and relevant information on available support tools, technical solutions and initiatives in the field of alternative energy development and to develop new projects.

In recent years, Russia has been implementing a consistent policy of renewable energy sources (RES) development. The Russian Federation has become a member of the International Renewable Energy Agency (IRENA). There is a program in place to support renewable energy under power supply contracts with projects in the wholesale power market. With the established competition on the RES market, the average unit cost of capital expenditure on projects has gone down significantly in recent years. The Russian retail market for renewable energy is also in development. Along with completed projects in isolated power districts of the Far East, projects in other Russian regions are ongoing. The Federal Law ‘On Amendments to the Federal Law ‘On Electric Power Industry’ with regard to Microgeneration Development’ came into effect. The Russian Government decree on support of projects for optimization of power supply in remote territories is in development. There is a clear potential for further development of renewable energy projects in retail markets, including remote and isolated areas. Along with improving reliability of power supply to isolated areas, mastering of advanced RES technologies and competences with further export of high-technology products have become a priority. What other measures should be taken to support RES projects in retail markets? How will the micro-generation market develop? How can we use international experience in renewable energy projects? Which technology solutions are needed in different regions of the country? Which advanced RES-based technologies can be used to supply power to consumers in near future? What are the funding options?

Analysts say that by 2050 hydrogen technology could meet about a quarter of all EU fuel needs: it will provide enough energy to fill 42 million cars, more than 1.5 million trucks and a quarter of a million buses. Hydrogen is now increasingly seen as a key to successful energy transition. The International Energy Agency (IEA) experts say that adding only 20% hydrogen to the European gas network will reduce CO2 emissions by 60 million tonnes per year. Does hydrogen technology development mean abandoning of traditional power generation sources? When can one expect a large-scale hydrogen generation project in Russia and hydrogen export? Which hydrogen-based technologies will be most in demand in the near and distant future?

The German Energy Agency (dena) supports German companies coming to the Russian market of RES-based distributed power generation solutions. Development of commercial consumers, project owners, use of various technologies create prerequisites for the formation of a new market for independent projects. How to create a Russian-German consortium to launch a solar energy project? What are the chances of attracting project owners and investors to initiate regional RES projects in Russian regions? What solutions can banks offer for funding of such projects? What requirements should RES projects meet to be given appropriate funding?

Biofuels have been known to mankind since time immemorial and are still present in the structure of consumption: the raw materials of the first generation are wood and crops with high content of fats, starch, and sugars. 54-60% of biofuel is made up of its traditional forms: firewood, plant residues and dried manure for heating and cooking. They are used by 38% of the world's population. The ability of biofuels to serve as a primary source of energy depends on their energy profitability. The profitability of biofuels is often very much lost to the profitability of hydrocarbon energy. For many years however, scientists have been trying to commercialize production of 2nd and 3rd generation of biofuels in order to resolve environmental issues associated with fossil fuel utilization. A real breakthrough here would be recycling of household waste into high-grade energy. How realistic is it? What is the current world market of biofuel and what is the Russian market development potential? Can biofuel become an alternative to hydrocarbons and electric transport and can we really say it is harmless for environment? What are the available technologies to produce biofuel from domestic and industrial waste?

While RES projects on the wholesale markets of Russian power generation have been in place for quite some time, the system of RES project support on the retail market is yet in its early development. The Federal Law ‘On Amendments to the Federal Law ‘On Electric Power Industry’ with regard to Microgeneration Development’ has been adopted. The Russian Government decree on support of projects for optimization of power supply in remote territories is in development. RES component production localization in Russia is underway. What legislative trends should the market expect in the near term? Can Russia rely on the European experience in developing its regulatory framework, or should it be guided by its own distinctive nature? What are the first outcomes of the RES component localization program? Does the government provide sufficient support to investors localizing RES hardware? How high is the localization threshold and are there any trends towards its revision?

Renewable Energy for Power Supply of Consumers in Retail Markets, Remote and Isolated Energy Systems and in Microgeneration

RES retail market in Russia is not as developed as RES wholesale market. Inadequate support of RES projects affects regional tariffs. Nevertheless, many regions go for RES retail projects. The law on microgeneration adopted in 2019 may foster growth of RES technologies in Russia, while in the world microgeneration has developed for about three decades. In spite of its cloudy weather, Great Britain (66 mln people) counts over 0.9 mln houses with solar photovoltaic panels of installed capacity below 10 kW. Germany (82 mln people) features about 1.5 mln of such installations. The USA (327 mln people) has about 1.5 million solar roofs, and Australia (25 mln people) has 2 million. RES-based power supply projects in isolated territories with different natural and climatic conditions call for appropriate technologies to ensure reliable and safe power supply to consumers. What are the requirements to such technologies? Is current support of these technologies and projects sufficient to ensure comprehensive development of RES in remote and isolated locations? Will microgeneration in Russia develop at the same pace as in Europe? What further incentives are needed for its development? Do Russian producers see potential in this market and are they willing to meet this potential demand?

Cooperation in RES is based on two important factors:
a) The existence of a mechanism for rapid collaborative R&D development supported by leading research centres and industrial partners of both large and small businesses;
b) development of bilateral R&D funding mechanisms.

What are the best practices for financing and implementing innovative applied R&D in RES? What requirements should a regional RES development project meet for successful consortium creation and financing?

The global market of energy storage systems enjoys rapid development. The main reason for growth is massive development of RES (storage systems are used to level power generation from renewable sources) and electric transport (batteries for electric cars) that relies on storage devices directly or indirectly. Energy storage solutions drive the industry and may bring the storage costs to an affordable level in short and medium term. What technologies should Russia develop in this area? Is the Russian industry competitive? Which energy storage systems will be in demand on the Russian and international markets? What will be the role of current energy storage technologies based on electric batteries and redox batteries? What is the market potential of hydrogen fuel cells and hydrogen cycle for energy storage and generation? Will Russia see comprehensive projects based on electrochemical processes of energy storage in RES in near future? What new materials for electrochemistry have the highest potential?

Per capita electricity consumption in the UAE is one of the highest in the world. UAE faces high electricity demand due to rapid growth of population and high pace of economic development. UAE invests heavily in electric power generation development to achieve a 40% increase by 2025. The UAE government energy efficiency policy fosters demand for alternative energy. Masdar - a special free economic zone - has been established in Abu Dhabi to develop RES technologies and offer preferences to companies in this sector. According to IRENA 2019 report, total installed power of RES facilities in UAE was around 3,000 MW. The 1st phase of the world's largest solar power plant was launched in Dubai, with a capacity of 1,000 MW in 2025. Under its 2050 Strategy, Dubai plans to receive up to 75% of its energy from renewable sources in 30 years, and by next year half of the city's taxi fleet will switch to electric cars. Moreover, Dubai has become the first city whose police use flying motorcycles developed by a Russian company Hoversurf. Which RES are commonly used in the UAE and what is their share in the country’s total power output? What mechanisms does the government use to support RES? Which of the Emirati distributed generation market model can be a good practice? Why are Russian manufacturers of innovative RES equipment interested in the UAE right now? What investment support tools can the UAE and Russian authorities offer? What are the chances for Russian companies to gain a foothold in the UAE market? And what opportunities will EXPO-2020 in Dubai offer?

Until quite recently, ubiquitous transition to electric transport seemed to be something of science fiction. Few people in Russia took this idea seriously, and the hydrocarbon market developments such as the equilibrium price of oil or shale revolution traditionally caused much more interest. As we discuss these important matters, we may overlook the revolutionary changes of the world energy sector ‘greening’ and massive abandonment of cars with internal combustion engines, which in terms of scale could be compared to transition from coal to oil in the early 20th century. What are the implications of the global energy sector transformation and is Russia willing to follow the global trend? How much will the electric transport market grow in 2020 and 5-10 years from now? What stands in the way of electric vehicle market development in Russia? What incentives do investors need to go ahead with investment programs to develop appropriate infrastructure?

Solar power and energy efficient technologies in home building will soon spread across the country making both large industrial companies and households happy. The law on microgeneration will foster development of small companies installing RES technologies and energy efficient solutions. Senior managers of these companies will present their successful projects at this panel session today. EUROSOLAR Russia, Green Kilowatt, Ideas in Energy, and German Energy Agency DENA are putting together a training program for specialists in various regions of Russia.

The international forum "Renewable energy for regional development" is a non-profit event, participation of delegates in the conference is free. At the same time, the organizers expect voluntary sponsorship from commercial companies in order to improve the overall level of the event.

Please check with the organizers about possible sponsorship packages and the cost of services.